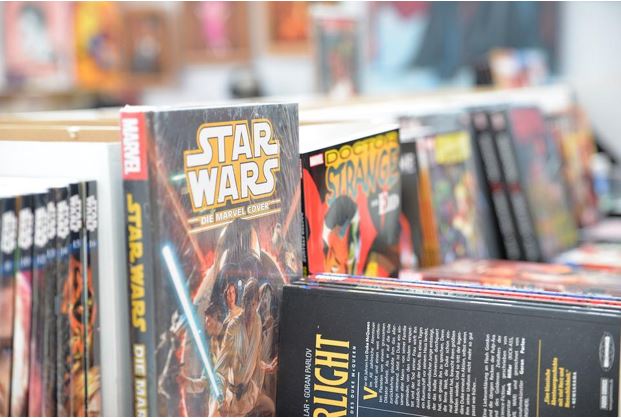 Here is the latest gaming news; for those of you who create or play games, there are many reputable gambling sites where you can play for a chance to win big money, but choosing the right slots site can be difficult, so we have taken it upon ourselves to help you find your preference where you can find casino bonuses at these new slot sites in an easily digestible list without having to visit multiple sites or pages. To keep up with the latest news.

This isn’t Activision Blizzard’s first rodeo (read: lawsuit) and probably won’t be the last. The company famous for publishing the likes of the Call of Duty franchise and Warcraft is currently being sued by New York City on the grounds that its CEO, Bobby Kotick, rushed to find a buyer as quickly as possible to avoid any consequences for him ignoring numerous allegations of harassment happening in his company.

To add fuel to the flame, Kotick, on multiple occasions, was known to be a perpetrator of harassment. For the company that made Call of Duty, are we really that surprised? We hope that some serious repercussions come from this case, and we can grow as a society with no place for discrimination and harassment. The fact that a major corporation such as Activision Blizzard is being taken to task for an issue prevalent in our society is already a win in our book.

FIFA 22 to have crossplay between Xbox Series X, Playstation 5 and Stadia

Gamers worldwide rejoice at EA’s announcement to finally introduce a crossplay feature. This feature, however, is only available on Xbox Series X, Playstation 5 and Google Stadia (that’s still relevant?). The concept is still in beta and still needs to be tested, but it will be exciting to watch how crossplay will affect the multiplayer scene for FIFA.

The not so long-awaited sequel to Star Wars: Jedi Fallen Order is set to arrive in 2023. While many fans are excited about this game, only those with new-generation consoles and PCs will be able to enjoy it. While this is a bit of a bummer, I’m excited to see what will happen if EA decides to move the game to Unreal Engine 5. And as we all know, the games that are being made on Unreal 5 look absolutely breathtaking. So, if Star Wars: Jedi Fallen Order 2 is on your wishlist, make sure to get the new PlayStation, Xbox or upgrade PC by the end of the year.

The new season of Halo Infinite came with new maps, modes and cosmetics. In the patch notes for this update, 343 Industries detailed all the minute changes made to the already big game. A few of the new features include a new battle pass, a mangler nerf, a ravager buff, a battle royale type game mode (amongst others), and more. The patch was so extensive that a table of contents was added to navigate the patch notes. If you play Halo, you better check the patch notes before your next session. It will be well worth reading the page.

Since its release, the Playstation 5 has been in high demand but short supply. Whenever stores restocked, they were sold out in minutes. But wait, there’s more. With the shortage of Intel chips, it’s not just Playstation 5’s; the Xbox Series X and PC hardware such as Nvidia and AMD graphics cards will also be much harder to come by and will be more expensive. Add filthy scalpers to the mix, and you have one of, if not the biggest, shortage of hardware in gaming history. That’s not even mentioning all the industries that require these chips, such as cars. Intel CEO, Pat Gelsinger, stated that the shortage will continue until 2024. So for those of you hoping to grab a Playstation 5, don’t hold your breath.

The 12 of you who play Fortnite on Apple devices can rejoice as the infamous free to play game returns. We all remember the controversy surrounding Epic Games and Apple, what with Epic making comparisons to 1984 (it’s a kid’s video game). Although the game is available on iOS again, it can only be accessed through cloud gaming and a supported browser.

The upcoming Rocksteady games have made everyone excited with their co-op aspect. Gotham Knights were only confirmed to have up to two-player, but on the game’s PSN store page, it states that the game “supports up to 4 online players with PS Plus”. This could be a mistake because no verified sources have commented to confirm or dispute the fact. We can all agree that a four-player co-op would be insane; let’s hope WB Montreal doesn’t let us down.

We all love and replay the games of our childhood for nostalgia. But nothing is better than playing those games with modern graphics. That’s precisely what YouTuber Ivan Novozhilov is doing by remaking the classic Need for Speed Underground 2. This Unreal Project plays more like a remaster than most other graphic enhancing projects on Unreal.

Color us impressed to find that AMD’s new flagship graphics cards are apparently superior to their Nvidia counterparts, with faster render times and being able to handle a much bigger load. This was revealed through a leak of 3DMark’s benchmark reviews of the AMD Radeon RX6950 XT. This definitely puts a lot of expectation on the new cards, but we still don’t know if this will apply to actual gameplay. We need to take this information with a grain of salt, but it is still exciting to see who comes out on top.

Square Enix Selling Off Its Studios

Let’s end this list on a high note. Square Enix sold three of its Western studios, Crystal Dynamics, Eidos Montreal and Square Enix Montreal, to the Swedish video game holding company, the Embracer Group. This means that Square Enix no longer has the rights to Tomb Rader and Deus Ex. The worst part of the deal was that Square Enix sold it off for only $300 million. Compare this to other acquisition offers of the past year alone, and it looks like Square Enix has gotten the short end of the stick.