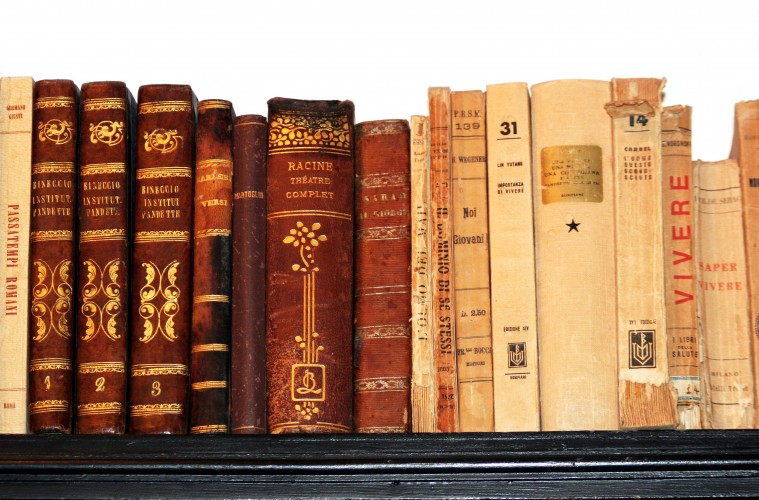 The power of artefacts in storytelling

Last week I wrote about storytelling and some of my experience with the concept in workplace situations.  I was also rather formal with my footnotes and links, so I would like to reassure you that that was not my normal style.  For some reason guest writing for Start Smarter had a time-warp effect on me and I reverted to an intense librarian citation mode!  I’m over it, and apologies to Adam and Oz for the style-blip.

Today I wanted to continue musing on the storytelling theme focussing on the power of artefacts.

What is an artefact?

Basically it is something that is made or shaped by human hand.  My much handled (and a definite artefact!) 1996 Ed. of the Oxford Compact English Dictionary defines artefact as  “a product of human art and workmanship”.  Generally the term is used when people are talking about old things, and most often the term is associated with archaeological objects.

In fact, I suspect many of us will have used artefacts without being consciously aware that that is what we are doing. As an example I am going to share a story about a conference workshop that I ran for school and youth librarians some time back.  I’m not being deliberately or particularly coy about the dates…… I just can’t remember exactly how many many years ago it was!

The topic was to be marketing of the library service within the school and my key message related to exactly how crucial the brand of the librarian in charge was.  But how to get participants thinking about themselves from a marketing perspective – and in a group context – without them freaking out or shutting down, because it was too personal?   I needed something that would get them thinking about the issues associated with marketing the service that was one step removed from them personally.  The solution was staring me in the face.  In my home office anyway.  I would use carrier bags.

My collection of carrier bags had grown substantially as I physically couldn’t throw them away until I had re-used them at least once (and usually for lining rubbish baskets).  I was way ahead of the recycling mania that is in force now!  I had also become fascinated by the variety of materials, styles, colours and messages that were wrapping up our purchases.

So I devised an interactive session that required participants to choose carrier bags that demonstrated the ethos that they worked to. They were to consider the following aspects of the bags that they saw in front of them:

… Basically would they be happy to carry the bag around as a representation of themselves?

I had never tried anything similar before, so had no idea how it would go down. It went down brilliantly, with lively animated conversation and much picking up, feeling, opening up and putting down of the wide variety of carrier bags that I had supplied.

My benchmark for success that day was the one participant who sat with the metaphorical “this is tedious, what am I doing here” and “my arms are crossed because this is stupid” look.  She started the session thinking that I was talking rubbish, but as the workshop progressed, she came up to me and shared her eureka moment.

Her son attended the same school that she was the librarian for.  Every morning she would grab the nearest carrier bag (usually a Tesco, Asda, Sainsbury’s plastic carrier) to put her books and folders into for the journey to work.  Before she left the house, her teenage son would have switched her original choice carrier for something a bit more street-cred.  She hadn’t really understood what was happening, and why this had mattered to him.  Now she did.

….. The message from this story?

A carrier bag is an artefact – and one that is mostly ignored.  So do not understimate the subtle and less than subtle messages we send out via the things we choose and use.

Next time you are on public transport, have a look around at the bags that people are using to carry their lunch and paperback to work. Is is a chic Chanel carrier, or maybe a Harrods bag.  Notice whether people are using a briefcase, a handbag, a tote…. whatever, and think about what their story is????